It’s no secret that the software development profession is dominated by testosterone. This has been the case for decades despite recent organizations such as Women Who Code, Girls in Tech, Girl Develop It, Code Like A Girl, Kode With Klossy and many more that are helping drive women to software development and other tech fields. Another amazing eye-opening resource I recommend to get a unique perspective into how women are changing the world of development is Women in Game Development: Breaking the Glass Level-Cap by Jennifer Brandes Hepler. This article will hopefully help in the effort to drive and empower women to consider or remain in a career in coding by exemplifying, from my personal experience as a male in the profession, why women make great software developers/coders.

I want to be completely clear when I say this article is not about why women are better software developers than men or vice versa. Honestly, I have not found that one gender is particularly better in the field of software development/engineering than the other and almost all studies comparing genders have found that men and women are more alike than they are different. I have experienced six main qualities of female software development colleagues that have helped them excel in their respective careers. Each trait will be discussed below along with personal experiences to exemplify each.

1. Willing To Accept Help And Failure

It may be just me, but I cannot think of a single week in development where I did not need to reach out for help from either an internal SME (subject matter expert) or an online forum to find an answer to an issue I run into with a piece of software I’m writing. I believe there is something to be said about a programmer who can sit down with a problem and systematically break down the issue to derive a solution. As a matter of fact, this type of trait is generally a requirement for any programmer, but there are times when putting your pride aside and reaching out for help is the most beneficial action that should be taken.

If you think about it in terms of a project manager or project stakeholder’s perspective, they would almost always rather have a developer reach out to an SME who can provide an answer and learning experience within a matter of minutes as opposed to the developer spinning his or her wheels for hours on a problem. I have found that the female software developers I have worked with are very efficient at reaching out for help and retaining a solution very quickly from an experienced resource. One of the main reasons I feel my female colleagues were openly willing to reach out for help is because they were apt to sacrificing their pride in order to reach the solution for the good of the project.

This same trait is what seemed to make my female software development colleagues very accepting of failure as well. I’ve found it does not matter if you are the most senior developer at your company or someone just starting at the most junior level, any code you feel should work can fail. Being able to understand that you are capable of failure is an important understanding for all software developers. The feelings that elicit a willingness to depart with pride are the same that are willing to accept failure. One important note about failure is that the ones who can accept it sooner and learn from it will ultimately be the ones who become better programmers.

2. Ability To Think Outside Of The Box

As mentioned previously in this article, there will always be times where software developers will run into times where their code does not do exactly what they expected it to do. After the code doesn’t work as expected, it’s time to start debugging, but sometimes it’s more difficult than just debugging and fixing a few lines of code. Sometimes a fix requires a completely new direction. If the issue is extremely difficult, it may require thinking outside of the box.

Thinking outside of the box is something many software developers do very well, which is why you can keep a software developer amused by presenting him or her with a particularly challenging puzzle. Most developers I know are great at thinking outside the box, but all of the female developers I have worked with were particularly quick at approaching an issue from a differing angle. I’m not completely sure why these women were so quick to change perspectives, but it always helped to derive a new solution.

I’ve written in Test-Driven Development (TDD): Learning How To Drive Your Development about how planning is a dire activity before starting development to make sure you understand how a user will test a piece of functionality and achieve YAGNI (You Aren’t Going To Need It) for cleaner code. Effective planning before reaching the development phase is something that is required during the SDLC process, but most of the developers I know who write the cleanest and most efficient code are developers who do some considerable planning before jumping into his or her assigned task or story.

4. Taking Any Project Seriously And Personally

Many junior developers will concern themselves with their particular task or story, but not ask questions about the project scope and how their task or story fits into the larger picture. Some project managers prefer this behavior from the more junior developers so that they remain focused on the task at hand, but this can commonly lead to issues when it comes to integrating the many pieces of developed functionality and even misinterpretation of assumed intentions. The intentional tunnel vision is also counterproductive to a developer’s career growth as he or she will need to have a comprehensive understanding of how the software should holistically work if transitioning to a leadership or architecture role.

Even the most junior female developers I’ve worked with tended to have a natural curiosity for not only the tasks they were responsible for but also how their task fits into the larger scope of the project as a whole. As a lead developer, I would always prefer to have a group of developers who have the same holistic understanding of the application as I have so that the entire team is on the same page without the need to redundant explanations of why a piece of functionality should be coded within certain constraints. I feel that is why the female software developers I’ve worked with who took projects serious and personal enough to want to learn more about the overall project grew their careers very quickly.

In addition to the curiosity to understand the scope of the full project, being able to take advantage of asking the right questions will help lead to a full understanding of acceptance criteria across stories. Programmers have a reputation for being introverted, but I have found that this is not completely true. Just as there are many different personalities of people in most industries, software development is no different. Although, I’ve found that every female software developer I’ve worked with has an inherently extroverted personality that harbored openness and team orientation. Generally, the developers who are open and extroverted are more likely to transition to leadership roles. Since many leadership roles are client-facing and team focused, it makes sense that most extroverted and team-oriented female software developers excel in leadership roles.

6. Driven To Prove Themselves

The common saying that from adversity comes greatness is exuded in many different situations. One of those situations I find regularly is women in software development. Since there are so few women in the software development profession, I find that the women in the profession show strong ambition because they feel like they may have more to prove to their colleagues. With the eagerness to prove themselves, the women software developers I’ve worked with have shown they are driven to do everything possible to go the extra mile and prove themselves.

I know from first-hand experience that women have what it takes to excel in a career as a software developer and the only way to change the gender gap in the profession is if more women take the leap into the field. In my previous post, Do I Have What It Takes To Be A Computer Programmer, I explained that all software developers have to be comfortable with the change to be successful because of its imminence and great women in the software development field is just one more change I foresee coming to the field. The characteristics listed above are invaluable to the profession and can only raise standards for the field of software development to new levels.

If you enjoy this blog’s content and would like to help out a developer or computer science student, feel free to 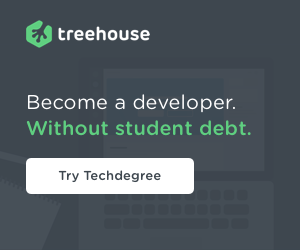